World Record Breaker: Where Is She Now? 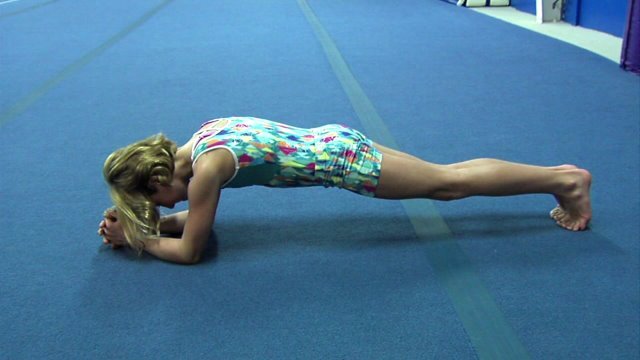 Junior Darian Mansfield is no stranger to success, and she has a world record attempt to prove it.

At the age of ten, Darian Mansfield participated in a planking competition at the Athletic Club and nearly earned the title of a world record breaker, but without the official documents. Darian’s accomplishment remains a pivotal part of her life.

Mansfield was in gymnastics for 12 years and said it was always really important to her. She quit in 2016 so she could be more focused on school.

“The Athletic Club was like my second home,” Mansfield said.

She said her gym held a planking competition and all her teammates were encouraged to join. As the competition went on, Mansfield remained the last person planking within about 40 minutes. She said that she wanted to see how long she could hold it.

“After the others went down, everyone was telling me to continue,” Mansfield said. “I thought, ‘why not’.”

Mansfield watched Scooby-Doo videos while she was planking to keep her mind off the pain. She said there was a point where she didn’t think she could hold it any longer, but she persevered and kept going.

She said the worst part was walking for the next week. After it ended, she was carried to a freezing cold pool at the Athletic Club because her legs hurt too much for her to walk on her own.

“I required a lot of aftercare,’ Mansfield said. “I couldn’t move afterwards. It was awful.”

She says she is most proud of the fact that she didn’t give up.

“At that moment, I held a plank longer than any girl in the world,” Mansfield said. “I think the male record was 5 hours or so, but it was still really cool that I held the female record at such a young age.”

Although she wasn’t able to certify her achievement in the Guinness Book of World Records, Mansfield says that her near title has had a large impact on her life perspective.

“After I did that, I knew I could do anything,” Mansfield said. “Sometimes when I feel unmotivated, I think about how I nearly held a world record and realize that anything is possible.”

Darian’s mom, Shamay Mansfield, said that she was really proud of Darian’s accomplishment.

Shamay said she was not at all surprised that Darian accomplished something so huge.

Darian gives advice to people who want to achieve a similar feat.

“Anything is possible if you put your mind to it,” she says.