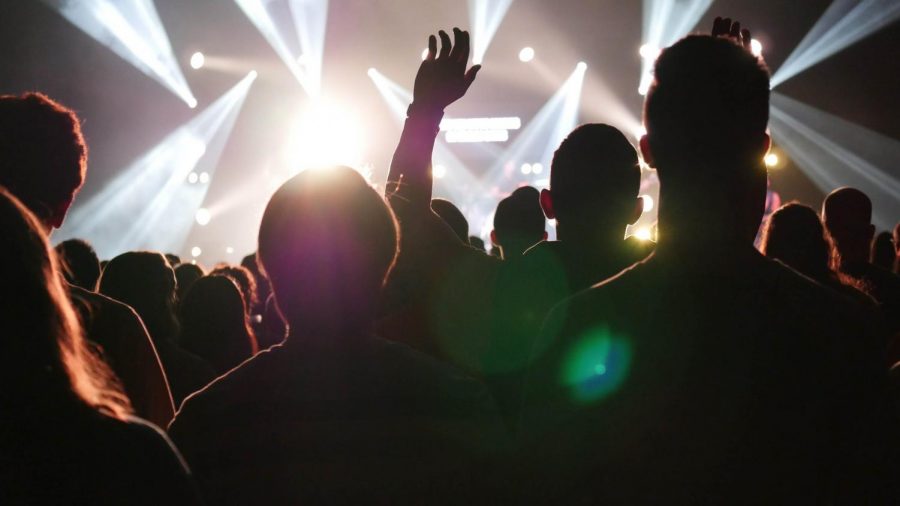 “The main purpose of the talent show is to really just let the UP students relax,” Coordinator Luke Tschritter said. “It helps take off stress after the finals after having pressure of 30 percent of your grade, so it’s nice to not worry about it and just have fun.”

Tschritter said that the talent show featured a variety of acts.

“There were a few singing acts, 2 or 3 were singing but a majority were dancing and doing fun things,” he said. “There were one or two funny ones like a lightsaber battle and solving a rubix cube, so creative elements were accepted.”

Tschritter said the UP Senate was the main organizers of the talent show.

“There was a large contribution from director Mrs. Jones, Mrs. Canalas, and Mrs. Keller for helping us put it together, but generally we’ve done it so much that wasn’t too difficult for us to get things in gear,” he said.

Tschritter enjoys the talent show because it allows students to have fun after a stressful week.

“It’s a fun tradition and it’s always good to get out of class every once in a while,” he said.

Ingison said he’s not brave enough to perform, but he enjoys when the teacher’s perform because it makes it interesting.

“I hope it continues on for as long as it can,” he said.

UP student Julia Gilliam said she really enjoyed the talent show because it was fun and there were a lot of talents to see. She said her favorite was when Mrs. Lewis sang “White Christmas,” and Mr.Jolly played the guitar.

“I liked it because it was really unexpected that she could sing, but they were really good,” she said.

Gilliam said she would consider doing an act in the talent show next year.

“I wouldn’t do it by myself,” she said. “If I got my friends to do it with me it would be really fun to do a dance or something funny like a skit.”

Along with Ingison, Gilliam also hopes that the tradition continues.

“I know we’re getting smaller, but I think once my class gets to senior year I know everyone would want to do something to just keep the tradition alive,” she said.