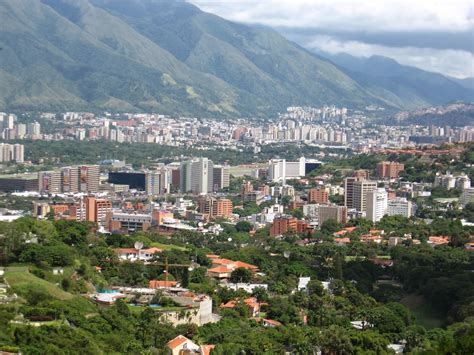 Economic hardship comes with the impending threat of poverty, homicide and corruption in communist countries such as Venezuela. Sadly, practically nothing is being done to help struggling Venezuelan citizens.

Venezuela is a small country on the coast of northern South America. It is home to a variety of different animals, people and cultures. Currently, it’s a tragic example of how a corrupt government and economic instability can destroy countries.

The average Venezuelan day consists of waiting in hours-long lines for goods in the scorching heat and almost constant power outages. Loss of electricity has limited communication with the outside world, and hyperinflation has made it impossible for people to buy necessities for their families. In a recent NBC News story, a Caracas resident describes Venezuela as “barely surviving.”

These conditions have led to widespread immigration. Many Venezuelans fled here to the U.S. and have been watching the chaos grow in their home country.

Emma Hopkins, a Flour Bluff freshman and swimmer has dealt with this first hand.

“I lived there for two to four years, but then I moved out,” Hopkins said. “ When I was really little was when all the uprisings began to unfold.”

Hopkins came to America with her mother to escape Venezuela’s conditions. They immigrated to South Texas where some of their family already lived and have stayed here ever since.

Though the current crisis in Venezuela does not affect Hopkins, she said it does affect her family. She recounted having to send shipments of food to her remaining family in Venezuela, as many Venezuelans living outside of the country do to help.

States like Florida, California, Texas and New York are heavily populated by Venezuelans. Along with Florida, Texas is at the top with 20,162 Venezuelans.

With such a large group of Venezuelans living here in the U.S., it is expected that many people would know, but sadly a multitude of Americans are unaware of this suffering.

“If you go online there are hundreds of articles,” Hopkins said. “But I really think this should be talked about in school because this is the most modern severe form of communism that we have.”

Steps have been taken to aid the country, and many countries, including the U.S., have begun to consider how to proceed in dealing with Venezuela.

The U.S. and Venezuela have never had good relations, and as recently as this year President Trump has threatened military coup on the country. These threats have done nothing to help though, as millions immigrate or die in the sickening conditions.

Venezuela has not always been like this. A Corpus Christi resident and mother of two, Angelica Orr, witnessed the decline of Venezuela in the 1980’s.

“The crisis started way back in 1986. That’s when Venezuela fell into a Civil War,” Orr said.

The war began shortly after the election of President Carlos Andres Perez in 1989, who drove the country into deep debt. This brought an economic depression, and riots ensued.

Amongst the fighting, Hugo Chavez, a military colonel at the time, made two coup attempts to no avail. After this, he was jailed for two years, and was later pardoned. In 1995, President Perez was impeached.

Chavez, to the people, was the clearest option for a president. He had won the favor of the people by spinning tales of paying off their debt and becoming a prosperous country yet again. In the election of 1998, Chavez was elected as president of Venezuela.

Chavez did not live up to his promises. This did not become a big issue until 2008, when oil prices plummeted, destroying the Venezuelan single-source economy and bringing severe hyperinflation.

Though Venezuela had always faced the threat of government control, this became a reality as officials scrambled to hoard the money for themselves. Chavez did nothing to bring the country out of poverty. Devastation spread across the country in 2014 a final time when oil prices dropped again.

To make thing worse, Chavez died in 2013, and Nicolas Maduro, his vice president, took power. Though Chavez was bad, Maduro has been worse. Conditions in Venezuela, which had been steadily declining, reached an all-time low.

Why are the Venezuelans not helping themselves? Simply rioting is not as “simple” as it seems, and overthrowing the government from the inside is no longer an option.

“There is always a sense of fear that they (rioters) are going to be put in jail or someone is going to kill them,” Orr said, talking about her younger cousins.

This is why Venezuela has gotten so bad. People fear for the lives, and standing up for what is right could mean risking the lives of rioters and their families.  Orr’s final statement on helping the country is to stay away but stay involved.

The way she sees it is that as long as people stay informed on the news and continue to send their families resources, immigrant Venezuelans will be doing their part to help the crisis. Hopkins also stood by this statement:

“My coping way is to see what is going on, and not be ignorant,” she said.

It is unclear what the future holds for the small country, but one can only hope that the millions of suffering, innocent people will not have to go through the nightmare they live if the U.S can lend a helping hand.